Exciting news! NASCAR driver Harrison Burton and former NASCAR driver and current NASCAR on NBC analyst Jeff Burton will be appearing at Sports Force Parks on Friday, May 18 from 6-7 p.m.! Harrison will be on hand to speak about his upcoming ARCA race at Toledo Speedway on Sunday, May 20, where Sports Force Parks is his primary sponsor. He'll also be making an important announcement about his NASCAR Camping World Truck Series schedule. Harrison and Jeff will be signing autographs for fans and giving away 12 tickets to see Harrison race in the Menards 200 at Toledo Speedway on May 20!

Harrison, who's only 17 years old, captured the NASCAR K&N Pro Series East title in just his second full season, and is the son of former NASCAR driver and current NASCAR on NBC analyst, Jeff Burton. Earlier in his career, the Huntersville, NC native notched a third-place finish in his ARCA Racing Series debut in 2016. In 2015, he made history by becoming the youngest driver ever to compete in the K&N Pro Series West (15 years, eight days old). The previous season, Burton also became the youngest winner in NASCAR Whelen All-American Series history by visiting Victory Lane at New Smyrna Speedway in 2014. 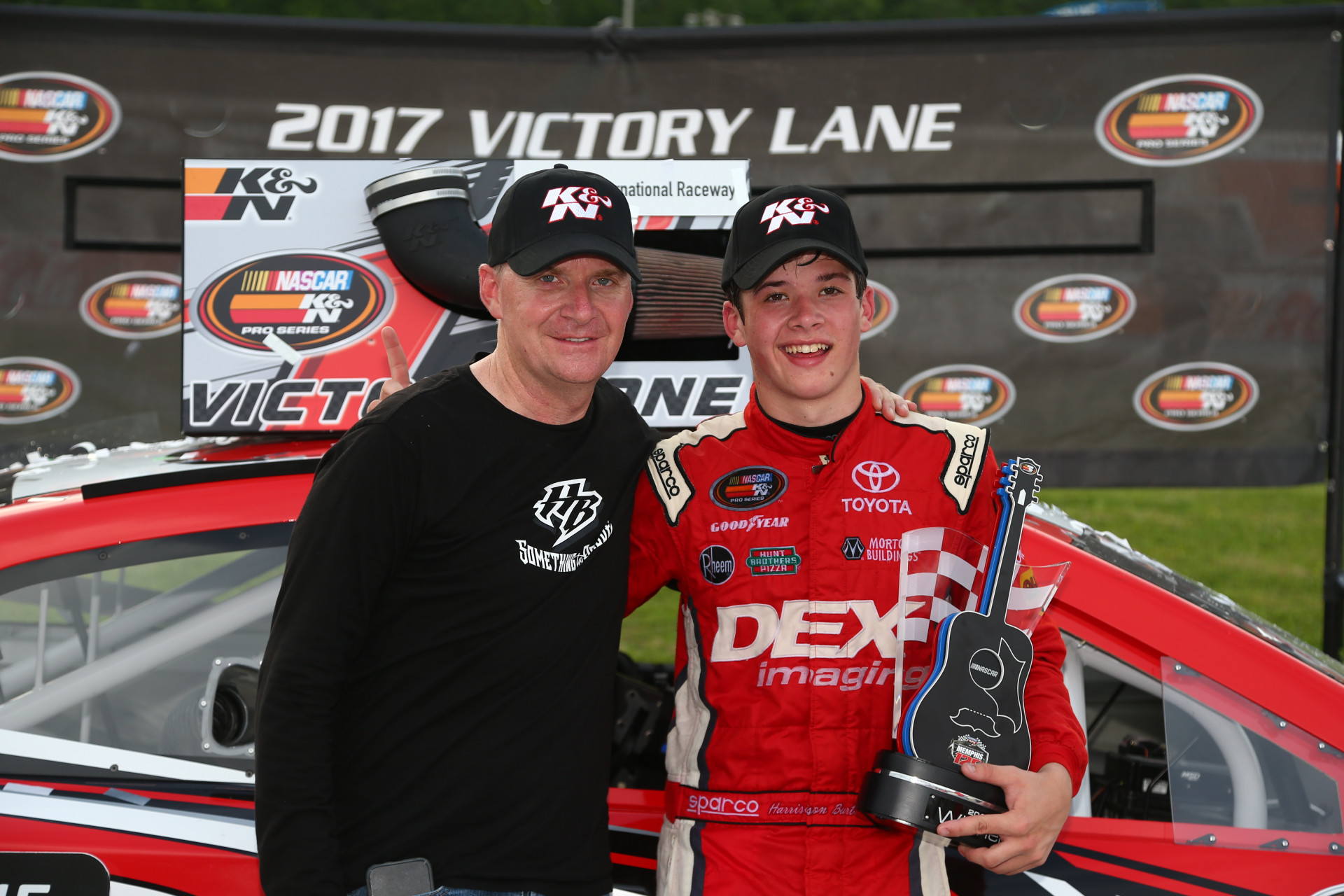 Harrison and Jeff at Memphis International Raceway in 2017